Our definition of success is fulfilling God’s goals for our lives and to achieve this then, building our self-esteem is a foundational issue. Our text is an apt example from scriptures of how we see ourselves can have a phenomenal impact on our effectiveness in life. Self-esteem is how you feel about yourself. Your self-esteem is a product of your self-image and your self-image is the picture you have on the inside of yourself and this image affects our lives in diverse ways. The word image appeared in the first mention of the creation of man; Genesis 1:26-27.

Our capacity for dominion has been tied to visuals, pictures or images. Visuals are important and apparently, the most important image is the image you have of yourself because that picture controls your life to a large extent. You are not likely to attempt anything beyond the capacity of the person you see on the inside. Self-image is very important and you got to be very careful who shapes that image because once it is shaped it is going to affect every area of your life. You’ll only attempt to get what you feel the person you are on the inside deserves and nothing more. Any reduction in the image on the inside will culminate in a reduction in the total capacity of your effectiveness as a human being.

In Genesis 3:1-7 at the beginning of the human race, there was a problem. The problem as captured in scripture was about images; the woman saw that the tree was good for food and pleasant to the eyes and a tree desirable to make one wise after the devil spoke to her. She hadn’t tasted the fruit but all of this happened in her imagination. Satan was changing the images she had been given, he contested the image that God put in her. God had created them already in His image but the devil went after that image saying it was when the fruit was eaten that they’ll become like God and be wise knowing good and evil. They ate the fruit because they wanted to become like God and they wouldn’t have been in that situation but for the fact that they were sold a lie by the devil. And all of these transactions were going on in their imagination before the finally ate the fruit physically.

This is instructive how the image you have on the inside will shape your decisions. The amazing thing here is scripture records that both their eyes were open. This wasn’t a normal operation; this was more like a revelation. In other words, the destruction of your self-image can come by revelation backed by the devil; he knows when he strikes on that image on the inside, he is striking on the core of your being. We ask the question, Adam and Eve ate the fruit because they wanted to become like God but who were they like in the first instance? God had said already; let us make man in our own image. There were like God already. The destruction or reduction of your self-image and ultimately your self-esteem strikes at the core of your being and has the capacity to make you dysfunctional. Be careful, who is shaping the image you have of yourself because whoever the person may be, that person is shaping your destiny and future.

Who is shaping your self-image? Here we know the being other than God who is interested in your self-image is satan. We need to be very sensitive to the information that comes to us. It is not all information you get that originates from God; some are satanically inspired and if it is going to hurt who God says you are then, react to it. It is a temptation, an attack on your destiny. Why was Eve having a discussion with the devil? Who are we discussing with? Who are we listening to? We need to understand that satan leverages people and phenomena on our planet to speak to us. Anything that contests what God has said you are in your heart is speaking to you and if it can hurt your self-image, it hurts your life.

In many instances, our self-image is shaped by other people’s opinion. Since we don’t see ourselves without the help of a mirror, we depend on others to get an accurate impression of ourselves. While this may have its good side, it has its dangerous side. The question then is what is the capacity of the person who is looking at you and describing you to you? If something is wrong with the mirror, for instance, the image it projects will be distorted. Many of us are getting information from broken sources. It is risky to build who we believe we are on other people’s opinions because something is wrong with the way other people see; Matthew 16:13-17. Some of us have been listening to the wrong people and defining ourselves through broken mirrors. Sometimes the people closest to you don’t know who you are. In Jesus’s time, they were trying to fit Him into existing moulds but there had never been a messiah before. It is a thing of joy to know that no one like you has existed before and whoever tries to fit you into an existing mould will be making a big mistake. If you’ve spent your life trying to fit into existing moulds, it is time to stop.

The true identity of Christ could only be known by revelation. There’s a potential to discover who you are and it can only come by revelation. No one has the right to label you who has not received a revelation of who you are. Also, whatever image you have built of yourself that didn’t originate from God is a wrong image. May every thought or image of you that is incongruent with who God says you are, be destroyed in the name of Jesus Christ.

The devil leverages the imperfections of our bodies to inflict damage on our self-image and self-esteem. However, the true value of a human being is not in the physical body but in the spirit; it is in the image of God inside us. The devil uses a lost body part or one part being bigger than the other to damage the real person on the inside. 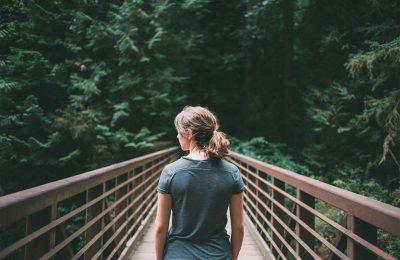 The Service and Greatness Connection