The anchor or the foundation for our trust in God is God’s integrity and the covenant that we have with Him. God has not left our provision to chance. He has put it within the context of the covenant that He initiated with us and He never fails. All that belongs to Christ now belongs to us. However, the current season has the tendency to birth worry in our minds and even Christ acknowledged this (Matthew 24). The proof of our trust in God is our obedience to Him in every area of our life; especially in the area of provision. Obedience is the trigger of God’s power, grace and ability on our behalf (Genesis 22:18). God cut a covenant with Abraham after which, though he and Sarah were old, they gave birth to a son, Isaac. God then ran a test of trust on Abraham by asking him to sacrifice Isaac (Genesis 22:1). Abraham was ready to obey God when God stopped him. From Abraham’s action we see that his trust and the definition of his identity remained in God and not in Isaac. In Christ, the oath has already been pronounced on us but each person has to run his or her test and when our part is in place, it is absolutely guaranteed that God’s part will kick in.

Disobedience is a proof of lack of trust in God. King Saul, the son of Kish squandered his opportunity for greatness. He shifted his self-esteem from God to the position he occupied. Though he was not from a royal family, Saul became the king of Israel after he was directed to Samuel while he was searching for his father’s donkeys (1Samuel 9). After he became king, God instructed him to utterly destroy Amalek because of their wickedness towards Israel. Saul disobeyed God’s instructions. Based on God’s leading, Samuel confronted Saul but, he was unrepentant. It was a downhill slide for Saul from then on. In God’s eyes, disobedience and witchcraft are the same (1Samuel 15). Saul was anointed but he did not trust God (Jeremiah 17). Lack of trust makes us susceptible to scheming; using our brain to manipulate people and circumstances to get what we want. What you lie to get is not a proof of trust in God.

After God stopped Abraham from offering up Isaac, he looked up and saw a ram that was caught in a bush.  On that day, Abraham saw into the physical and spiritual realms; he saw Jesus as the sacrificial Lamb (John 8:56-58). So also, trust in God, evidenced by your obedience, will take you to the place of powerful revelations in God that will secure your future. The widow of Zarephath did not lack in the time of famine after she obeyed Elijah (1Kings 17). Consecration sets us apart from other believers and it takes us to the place of much fruit (John 10: 17-18; 12:24).  Secondly, Abraham experienced supernatural provision and we have that same grace upon us when we obey. Trust in God goes beyond using Him to acquire material things; it involves laying down the reins of our life in obedience to God. Taking risks in obedience to God will birth miracles in your life (1Corinthians 2:9). During this season, in obedience to God, attempt the impossible and God will show up on your behalf.

The Covenant of Provision 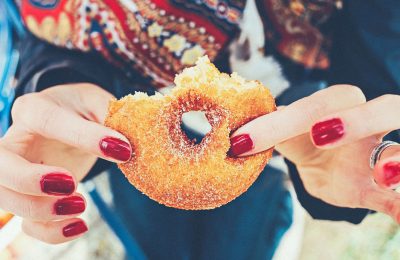 Have a Break to enjoy Sweet