Between November 2nd and 4th, 2016, forward-looking Nigerians and leaders across the world converged for the 9th edition of the annual Excellence in Leadership Conference, hosted by Daystar Christian Centre in Oregun, Lagos Nigeria.

The conference which attracted about 7000 physical participants and well over 200,000 online audience featured exceptional line-up of speakers across different fields who shared life-changing knowledge on various insightful topics, toward raising a new cadre of influential leaders for the transformation of Africa.

Speaking at the grand finale of the conference, the convener, Sam Adeyemi stressed that to change any nation, the people of the nation need to be changed first. “Influence is critical for impact and it is very contagious. When you have someone who has been influenced, the likelihood is that they will also influence other people,” he stated.

Below are some photos from the revolutionary gathering: 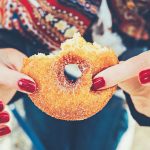 Have a Break to enjoy Sweet

#ELC2016 Recap - Becoming A Person Of Influence by Sam Adeyemi 01

The Holy Spirit and Marriage (3)